Examples:
If it rains, we shall not go.
If he wants, I shall help him.
If you play in the rain, you will catch cold.

Examples:
If he came, I would go.
If they wanted, we would help him.
If I had a typewriter, I would type the letters.

Examples:
If I had seen him, I could have told him the news.
If they had started earlier, they could have got the train.
If she had tried, she would have succeeded.

Examples:
Had I seen him, I would have given him the news.
Had he wanted, they would have helped him.
Had I possessed a vast property, I would have established a college.

Examples:
If I were a king, I could help the poor.
If I were you, I would not do this.

Examples:
I wish I were a king.
Would that he were alive today.

Rule 12: Present Indefinite + as if/as though (যেন)+ past indefinite.

Examples:
He tells the story as if he knew it.
He runs fast as though he were a mad man.
They donate money as if they were rich man.
Rule 13: Past Indefinite + as if/as though + past perfect.

Examples:
Reyad told the story as if he had known it.
She proceeded as though I had not spoken.

Examples:
The man is too old to work.
You are too short to touch the roof.
He is too dishonest to speak the truth.

Examples:
The load is too heavy for me to carry.
The problem was too hard for them to solve.
It is too interesting for us to overlook.

Examples:
Many farmers are so poor that they cannot cultivate their land.

Examples:
The man was so ill that he could not move.

Examples:
He ran away lest he should be seen.
Read diligently lest you should fail in the examination.
He walked fast lest he should reach school in time.

Examples:
He doesn’t know how to play cricket.
They knew how to talk.
Do you know how to drink tea?

Examples:
Without reading more you cannot pass. Without taking physical exercise we cannot keep our body fit.
He will not be able to write well without writing much.

Examples:
By reading more we can learn more.
By drinking clean water you can keep your body fit.
We can get power by eating rice and bread.

Examples:
I will agree to go providing that my expenses are paid.
He will shine in life provided that he works hard.
The plane will take off in time provided the weather is good.

Examples:
As he behaved rough, he was punished.
Everybody loves him because, he is honest.
Crops did not grow well since there was drought.

Examples:
Though he is poor, he is honest.
In spite of his poverty, he helps the poor.
Although he is rich, he does not help the poor.
Rule 29: ……unless/if…not + (meaningful affirmative sentence).

Examples:
Unless you read attentively, you will fail.
If you not start at once, you will miss the train.

Examples:
Instead of history he took logic.
The boy bought pen instead of pencils.
He ate fish in lieu of meat.

Examples:
Everybody loves him because of his honesty.
On account of his illness he could not go to the college.
The writer dared no drive due to fog.

Examples:
No sooner had I gone out than he came.
Scarcely had we reached the station when the train left.
Hardly had he reached the college when the examination began.

Examples:
Jessore is the place where he was born.
A railway station is a place where trains stop.
Paris is the city where UNESCO headquarter is.

Examples:
Saturday is the day when the week begins.
1971 is the year when Bangladesh became independent.
10 P. M. is the time when we go to bed.

Examples:
I know that he is a doctor.
He knows that my address is Jessore.

Examples:
We assumed him to be innocent.
He was judged to be guilty.
I know him to be honest.

Examples:
Wait here as long as it rains.
Allah will help us as long as our aim is honest.

Examples:
Wait until, I come back.
Mother will be nursing him till, he comes round.

Examples:
I will come tomorrow in case he wants me.
I want to stay home in case he comes.
He will carry an umbrella in case it rains.

Examples:
You can go to sleep when, you have taken your dinner.
You will return me the book after, you have finished reading it.
He will swim after, he has changed his dress. 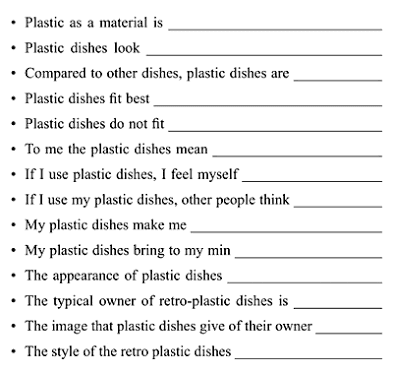